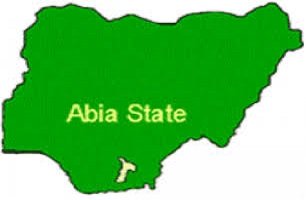 A police man, Shedrack Aleke Igwe, working in armoury section of MOPOL base 28, Umuahia, Abia state has been arrested with 5 AK-47 rifles he stole from the armoury.

Igwe, a constable, was reported to have carted away rifles in the armoury section with the help of others unnoticed.

He committed the act on 2nd of March after which he fled to Ebonyi state.

But two days later, a combined team of policemen from Abia and Ebonyi states arrested and moved him to Abia Police Command for investigation.

The combined team from the two states had trailed him to his Ikwo community by where he was hiding.

He was immediately arrested with the help of Divisional Police Officer, Ikwo and investigation commenced.

Five of the missing AK-47 rifles were recovered in his Enyibichiri residence in Ikwo, Ebonyi state.

It was further learnt the suspect recently bought three brand new tricycles for commercial purposes and gave them to his brother Ifeanyi Igwe.

0 comments on “Policeman who stole rifles in Abịa arrested”