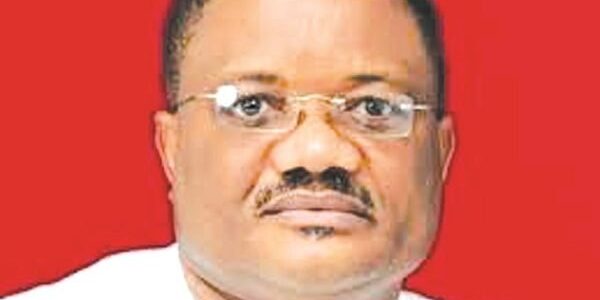 The clamour for power shift to the Southeast geo-political zone is being intensified by politicians from the zone.

How realistic is the agenda? A prominent Igbo politician and former governorship contender, Chief Reagan Ufomba, said there is justification for the agitation.

The Peoples Democratic Party (PDP) chieftain said there are many Nigerians from the Southeast who are eminently qualified to succeed President Muhammadu Buhari in 2023.

He described Igbo as good managers, saying: “Anything you give to an Igboman, he turns into gold. Give Nigeria to an Igbo to run, and all will be well.”

Ufomba said there are agitations in the Southeast, owing to persistent feeling of exclusion from federal power. “There are poverty, unemployment, hunger. So, there is agitation,” he stressed.

Ufomba maintained that Igbo presidency is not debatable in 2023. He said it is either Igbo president or nothing.

“In 1999, Obasanjo came from the Southwest. In 2007, Yar’Adua came from the Northwest; a fantastic president who admited that the poll that brought him was flawed.

Ufomba has other priorities. For 12 years, he has been gazing at the Abia Government House. “To govern Abia remains my vision,” he said without much elaboration. “I will take that decision in 2022,” he added.

Abia is another mini-Nigeria as the various ethnic groups struggle for the front seat. To foster unity, the Abia Charter of Equity was agreed upon by the founding fathers of the state. Thus, Orji Kalu from Abia North became governor in 1999. His successor, Theodore Orji, is from Centeal. In 2015, Okezie Ikpeazu from South became governor.

Ufomba is from Central. Therefore, what is the chance of assuming the reins? He said his chance is bright. “Power walks. It doesn’t fly. It will walk through Abia Central,” he said.

The PDP chieftain hailed the idea behind the charter of equity. “What is fair to all is good. The charter defines the best principles and strategies for sharing and distribution of power. I support it,” he added.

However, Ufomba said the discussion on succession should not take the front burner now so that the governor will not be distracted.

He commended the governor for fighting the infrastructure battle in the state by constructing the roads, building hospitals, sponsoring human capacity development and sending artisans abroad for skill acquisition training.

Ufomba said: “We will assess him(governor)in 2022. He is on the right course. He has paid the backlog of salaries. He has done over 100 roads in Abia. When I joined the party in 2017, I discovered that the governor was being sabotaged. The federal roads he was constructing were stopped. The design of the bridge at Osisioma was not released. Over nine federal roads in Abia are being rebuilt. He has been doing that, whether he will get refund or not.”

In his view, Abia is work in progress. For the state, life is full of ups and downs. The state is surrounded by seven states-Imo, Anambra, Akwa Ibom, Rivers, Enugu, Ebonyi-all of them linked by federal roads. Yet, these federal roads are abandoned.

Ufomba said the distant Federal Government can hardly cope with the items on the Exclusive List in the constitution. Lending his voice to the call for the devolution of power, he said:”Until the nation is restructured to give room for states to manage certain infrastructure in these states, there will always be abandonment.

“Most of the federal roads should be handed over to states. Why should the Federal Government should be coming to Abia to repair roads?”

Ufomba also assessed the Buhari administration, saying much still needed to be accomplished. He noted that the policies of the government favoured. But, he lamented that young people now find it difficult to farm.

On security, he said: “No foreign investment can come when there is no security. Insecurity makes the environment to be hostile. Politics is the only industry that works.

The PDP chieftain said security ought to have improved because the president is a General who understands the terrain. He observed that the first constitutional priority of government is security. He called for the change of service chiefs, an end to banditry and misbehaviour of herdsmen.

0 comments on “Power should shift to Southeast, says Ufomba”