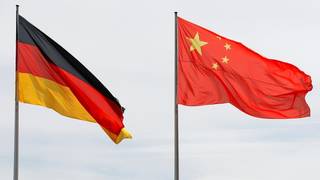 The era when world affairs were decided between Moscow and Washington is long gone, Russian President Vladimir Putin said, adding that other countries, such as China and Germany, are on their way to becoming superpowers.

“In terms of its economic weight and political influence, China is actively moving towards the status of a superpower. Germany is moving in the same direction,” Putin said, addressing a meeting of the Valdai Discussion Club think tank via a video link.

The role of the UK and France in international affairs has also been significantly transformed, he added.

Putin then wondered whether the US itself even wanted this exceptionalism any longer. He did not elaborate, but his speech focused on the need for collaboration rather than antagonism between nations during the Covid-19 crisis.

While the president didn’t expand on his point about Russia’s relationship with the new list of potential superpowers, he strongly rebuffed the view of foreign “experts” that the world is counting on the “gradual fading” of Russia.

“While strengthening our country, looking at what is happening globally, in other countries … the only thing we’d be worried about is catching a cold at your funeral,” the president said.