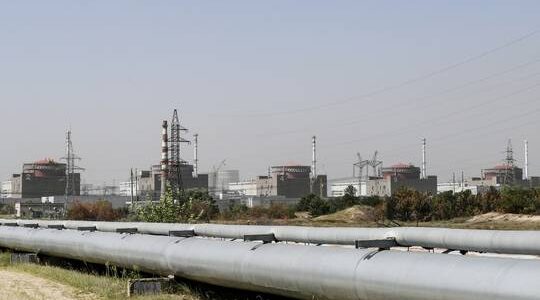 President Vladimir Putin has issued an order placing the Zaporozhye nuclear power plant, Europe’s largest, under Russian management. A presidential decree on the fate of the facility was published on Wednesday.

The plant will be operated by a subsidiary of Russia’s state-owned nuclear power giant Rosatom. For now, it will continue to function under Ukrainian-issued licenses until Russian equivalents are obtained, according to the decree.

The move comes as Moscow finalizes the accession of four formerly Ukrainian regions – Zaporozhye, Kherson, as well as Donetsk and Lugansk People’s Republics – to Russia. The territories overwhelmingly backed a proposal to join Russia in referendums last month. The votes were firmly rejected by Kiev and its Western backers, who denounced them as “sham” votes.

In recent weeks, Zaporozhye nuclear power plant has been subjected to repeated missile, artillery and drone attacks, attributed by the Russian military to Ukrainian forces, as well as targeted by saboteurs in apparent attempts to seize the facility from Russian forces. Kiev, along with multiple Western officials, however, has been blaming Moscow for shelling the nuclear facility it controls. READ MORE: Putin ‘surprised’ by referendum results

The Zaporozhye plant was seized by the Russian military early in the ongoing conflict. Until now, however, it has remained under Ukrainian management.

Russia sent troops into Ukraine on February 24, citing Kiev’s failure to implement the Minsk agreements, designed to give the regions of Donetsk and Lugansk special status within the Ukrainian state. The protocols, brokered by Germany and France, were first signed in 2014. Former Ukrainian president Pyotr Poroshenko has since admitted that Kiev’s main goal was to use the ceasefire to buy time and “create powerful armed forces.”

In February 2022, the Kremlin recognized the Donbass republics as independent states and demanded that Ukraine officially declare itself a neutral country that will never join any Western military bloc. Kiev insists the Russian offensive was completely unprovoked.