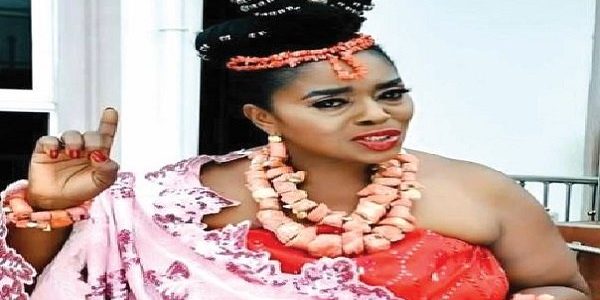 Over the weekend veteran Nollywood actress Rita Edochie’s last child, Amanda Maria Edochie, got married in Onitsha, and her father, Tony, was missing in the crowd.

Veteran actor, Pete Edochie, who is also the elder brother of Tony, was also said to be absent at the wedding ceremony as well.

Rita and Tony had their traditional marriage in 1988 while the white wedding took place in 1990. The union of Rita Edochie and Tony Edochie is blessed with four children – Rondy, Nkiru, Great Valentine and Amanda Maria.