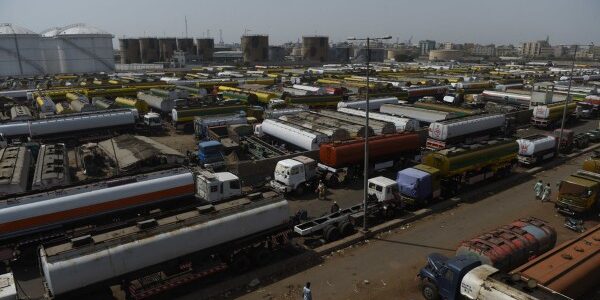 Russia has signed a deal with Pakistan to build a major gas pipeline linking the nation’s southern port of Karachi to industrial hubs in the north. The deal is set to be the biggest between Moscow and Islamabad since the 1970s.

Russia’s Energy Minister Nikolay Shulginov and the Pakistani Ambassador, Shafqat Ali Khan, signed a revised agreement on the project in Moscow on Friday, opening the way for the start of construction in the near future.

Spanning more than 1,100 kilometers, the pipeline dubbed the ‘Pakistan Stream’ is expected to have a discharge capacity of up to 12.3 billion cubic meters of natural gas per year, according to the Energy Ministry’s statement.

The pipeline would connect liquefied natural gas terminals in Karachi and another port city, Gwadar, with power plants and industrial hubs in Pakistan’s northern region of Punjab, which includes the city of Lahore.

Both nations “put a major effort” in preparing the amendments to the deal, Shulginov said, adding that the signing of the agreement would allow them to begin construction “as soon as possible.” The deal would “help Pakistan strengthen its energy security and increase its reliance on natural gas as an eco-friendly energy source,” the minister added.

Last year, a Pakistan official told Bloomberg that the construction could start as early as June, but officials in Russia have not confirmed this information yet. The project, which has an estimated cost of $2.25 billion according to the Pakistani media, would involve the establishment of a Special Purpose Vehicle (SPV) company operated jointly by Pakistan’s Inter State Gas Systems and several Russian firms, including the TMK – a company that is one of the world’s leading steel pipe suppliers for the oil and gas industry, doing business in Russia, the US and Canada, among other nations.

Under the agreement, Pakistan would reportedly own 74% of the stakes in the pipeline operator while Russia would have the remaining 26%. The initial agreement on the pipeline construction was signed back in 2015 but it was then reviewed.

The project is set to become the biggest infrastructure deal between Pakistan and Russia since at least the early 1970s, when the Soviet Union built the Pakistan Steel Mills industrial complex at Port Qasim, near Karachi.

“The Pakistan Stream remains a flagship project in bilateral cooperation between Russia and Pakistan and both nations give priority to this issue,” Shulginov said.