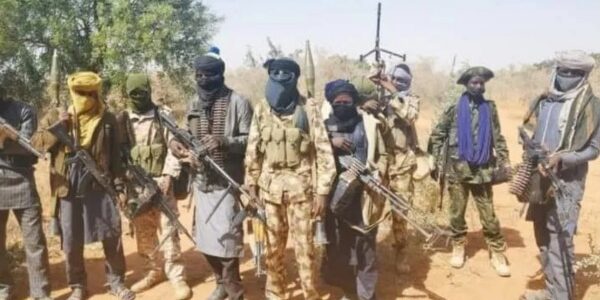 Gunmen, believed to be bandits, killed at least 43 people including 30 soldiers and seven mobile police personnel in an attack on a mining site in Shiroro Local Government Area of Niger State, local sources have said.

The Niger State Government, while confirming the attack, however, said the number of casualties is yet to be ascertained.

Residents said a search party found 37 bodies of soldiers and policemen in a bush near the mining site Thursday morning.

Six other corpses of civilians were also recovered from the bush.

The residents said many Chinese nationals and Nigerians were also abducted during the attack on the site on Wednesday.

Yusuf Kokki, the co-convener, Concerned Shiroro Youths, in a statement to PREMIUM TIMES, said residents witnessed the attack on the site by several heavily armed assailants.

“The deaths from the Ajata – Aboki massacre have risen astronomically as, at present, almost thirty soldiers have been discovered in the bush and confirmed dead,” Mr Kokki said.

He said resident expect to find more corpses as the search continues on Thursday morning.

Mr Kokki said the gunmen arrived at the mining site operated by the Chinese and started shooting unsuspecting workers and the guards.

He said seven mobile policemen and six other civilians were killed at the mining site.

Mr Kokki said soldiers who were stationed at the nearby Erena town, swung into action and rushed to the scene, engaging the criminals in a firefight. Unfortunately, they suffered heavy causalities.

Scores of others who sustained gunshot injuries (some in critical condition) have been taken to hospitals in the area for treatment.

Emmanuel Umar, Niger State commissioner for Internal Security and Humanitarian Affairs, while confirming the attack, said the intervention of the soldiers led to the rescue of several workers who were injured in the attack.

He, however, confirmed that four Chinese and several other workers were kidnapped by the bandits.

He said the government has sent reinforcement and security personnel are pursuing the bandits with the hope of rescuing those kidnapped.

“The state government acknowledged all the efforts of the joint security operatives and that of the communities in the State towards taming the spate of insecurity in some parts of the state.

“Hence, security personnel are enjoined not to be discouraged in discharging their sacred duties of protecting citizens against all forms of threats as the government will continue to be steadfast in providing them with the needed support in all ramifications.ⓘ

“His Excellency, Abubakar Sani Bello, the Governor of Niger State, has, therefore, directed that the security agencies should go all out to ensure the safe return of the kidnapped victims and make sure that none of the terrorists escape,” he said.