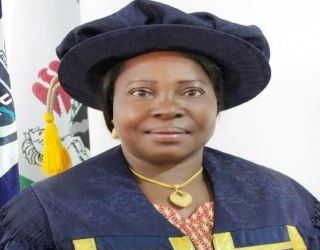 Lecturers under the aegis of the Congress of Universities Academic has urged Vice-Chancellors of public universities to recall students for academic activities.

CONUA, which is a breakaway faction of ASUU, said its members across the nation are not on strike and are ready to lecture.

The National Secretary of CONUA, Dr Henri Oripeloye, made this known in a press statement made available to our correspondent.

Oripeloye assured that “should VCs recall their students now, academic activities will resume without any rancour in public varsities as many lecturers are ready to resume since they have complied with government’s directive on IPPIS”.

The statement quoted Oripeloye as speaking during a press conference at the Federal University Oye Ekiti.

Oripeloye, who led members of CONUA across various universities to the press conference, said apart from members of the body, “there are those (lecturers) who don’t belong to any Union and are willing to teach”.

Oripeloye said, “We reject in strong terms, the claims that we are members of the Academic Staff Union of Universities. We are an independent union on university campuses in Nigeria.

Oripeloye who lectures at the Obafemi Awolowo University, lle-lfe, said “CONUA believes in constructive and objective engagement with the government rather than strike”.

Stating that “one of CONUA’s dreams is that strike action as a weapon to force government’s attention should become history”, the lecturer said, “We don’t know anything about UTAS, we believe in fruitful interaction with the government and to achieve our requests from the government.

“CONUA has no conflict with ASUU. The two unions only differ in terms of philosophy and ideology which is reflecting in their approach to getting the government to accede to requests. And this is being done on the issue of IPPIS as CONUA has been interacting with the government on how to solve many of the problems that have been identified with the platform.”