The orphaning of EFCC 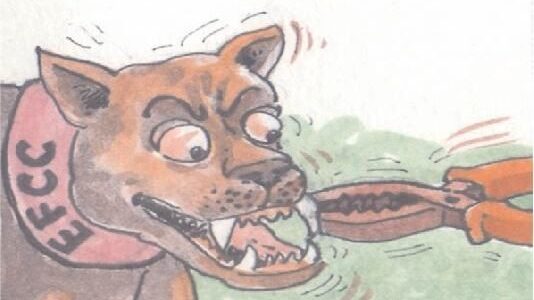 No one is sure who exactly is behind the proposal to bring the Economic and Financial Crimes Commission (EFCC) firmly under the rule of the Justice minister and Attorney General of the Federation (AGF. But an executive bill is being proposed to make doubly sure that if the anti-graft body ever imagined itself autonomous, it must be set free from its delusions. Abubakar Malami, the AGF who has had a running battle with the former EFCC chairman, Ibrahim Magu, is widely believed to be behind the proposal. He overcame Mr Magu in July through an inelegant removal, and has sought very strongly to rein in the organisation, citing constitutional provisions.

The proposed amendment to the EFCC Act provides for the appointment of a board for the EFCC, headed by a chairman, and a director general to effectively run the organisation. Both are to report to the AGF who has been accorded immense powers to control and shape the organisation. This, naturally, has been interpreted as a weakening of the EFCC and a surreptitious attempt by the AGF to gain full control of the body to end the kind of squabble and challenge he faced in the days of Mr Magu. But Mr Malami, who has the ear of the president, insists he does not need any amendment to gain any powers he doesn’t already have by virtue of the constitution. Few believe him, considering how fiercely Mr Magu defied him over what was interpreted as his meddlesomeness.

After the passing of former Chief of Staff, Abba Kyari, Mr Malami has come to wield enormous influence in the corridors of power. And with the general acquiescence of the National Assembly, which has comingled its operations and philosophy with those of the executive branch, there is little hope that the amendment would suffer either outright rejection or extensive reworking. Mr Magu’s fall was largely engineered by the AGF, regardless of what the public believed to be the former’s personal flaws. The EFCC is today run by an acting chairman. Before a new chairman is appointed, whatever he is called, it seems clear that the anti-graft body must wear new clothes, whether it fits well or not.

Right from the start, the EFCC had been controversial, partly because of the undisciplined and arbitrary approach adopted by the appointing presidents who virtually turned the organisation into an attack dog against opponents. And because the rate of corruption in Nigeria was gargantuan, the EFCC in its battles against powerful and corrupt public and private officials, was intrinsically bound to be controversial. Consequently, after many years of suffering harassment from EFCC agents, powerful officials began to advocate reform of the organisation, feigning to make it either more independent or efficient.

In November 2017, the Nigerian Law Reform Commission (NLRC) had advocated the unbundling of Nigeria Financial Intelligence Unit (NFIU) from the EFCC, arguing that such decoupling was necessary to confer independence and effectiveness on the NFIU. In late 2018, the NFIU was finally separated from the EFCC, made autonomous, but domiciled in the Central Bank of Nigeria (CBN). Strictly speaking, that unbundling did not negatively impact the EFCC. However, in July, with the National Assembly never fond of the EFCC, the legislature began moves to reduce the grip of the police on the anti-graft body, believing that it would make the organisation more responsive to the rule of law. Finally, Mr Malami has stolen the thunder of all the aspiring reformers by advocating a strange restructuring. It is even more strange that without scrutinising the proposal, nor finding out whether the proposal is altruistic, the executive has embraced the AGF’s advocacy.

But whether the president and the AGF like it or not, the power of control does not reside in the title of the EFCC boss, call him chairman or DG. What is clear is that a deliberate plot to defang the organisation is afoot, regardless of who is behind the plot. Mr Malami’s aides suggest that he does not need any constitutional amendment to acquire more powers. Yes, he does, because he had engaged in a bruising battle with the former chairman, Mr Magu, and feared that new or additional provisions would be needed to make it clear beyond a shadow of doubt who is boss. What the presidency needs is not the needless amendment it is targeting, but greater autonomy for the EFCC, a more careful method of appointing the right and qualified candidate into that office, and better, altruistic supervision as already envisaged by the constitution. The amendment being sought is a reflection of the undisciplined leadership that has turned most African countries into the graveyard of sound constitutions and the rule of law. It is alarming that today’s public officials are so tragically short-sighted, and are unable to see how their self-serving reforms are orphaning an otherwise great institution simply because its former boss was despised.

0 comments on “The orphaning of EFCC”