The peak of the spread of Covid-19 in Russia has passed. Postponed Victory Day parade will be held on June 24 – Putin 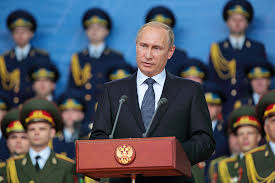 President Vladimir Putin has announced that Russia’s postponed Victory Day parade will take place on June 24. First planned for May 9, the 75th-anniversary celebration of Soviet victory over Nazism was canceled due to Covid-19.

According to the president, the peak of the spread of coronavirus in Russia has passed, and it is now possible to plan a victory parade.

“I order you to begin preparations for the military parade in honor of the 75th anniversary of Victory in the Great Patriotic War in the capital of Russia, Moscow, and in other cities,” he told Russia’s Minister of Defence Sergey Shoigu.

June 24 will be the 75th anniversary of the first-ever victory parade, which took place on Red Square in 1945.

“We will do this on June 24, the day when the legendary, historical parade of the winners took place,” the President said.

Putin also announced that the ‘Immortal Regiment,’ a mass gathering of ordinary Russian citizens in memory of war veterans, would go ahead on July 26, a month after the military parade. However, the President emphasized that it could be postponed again if the safety of participants was not assured.

Speaking to Putin via video link, Shoigu explained that the armed forces will be ready for the parade. According to the minister, the army had 5,500 cases of Covid-19, and that 3,500 have since recovered.

0 comments on “The peak of the spread of Covid-19 in Russia has passed. Postponed Victory Day parade will be held on June 24 – Putin”