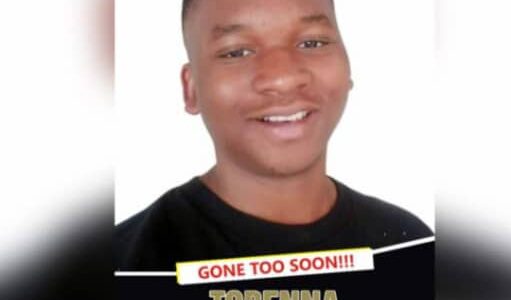 The entire Onyeka family, the kindred, friends, and well-wishers gathered to bury Tobenna, who lost his life in an accident in Canada.

Tobenna Kennedy Onyeka died at the :age of 21. Tobenna was a student in Canada before he met his untimely death about a month ago.

By Nnewi custom, the funeral for a deceased who died at such young age while the father is still alive is performed in a very somber mood.

Despite the fact that such death is handled with despatch, people from all works of life who heard came from far and wide to pay their respect to the Onyeka family.

Peter Onyeka’s brothers and family acted very humanely to lessen his burden of grief in many ways by relieving him from the task of organizing to move the corpse from Canada to Nigeria, and the huge material and physical toll the task would have cost him.

2 comments on “Tobenna Kennedy Onyeka joins the Lord’s Angels: His father, Peter Onyeka, lamented, “members of our family are heartbroken””

You were a real gem. You will never be forgotten. Rest on brother❤️🙏🏾