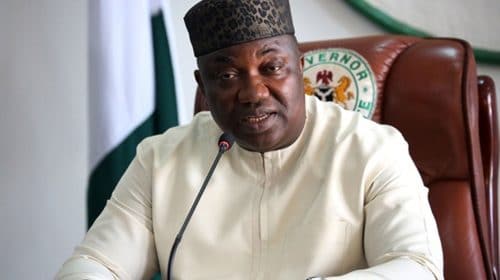 Governor Ifeanyi Ugwuanyi of Enugu State has inaugurated a nine-man ad hoc committee recently constituted to identify and determine the status of property belonging to the government.

The committee, headed by the Deputy Chief of Staff to the governor, Malachy Okwueze, is also saddled with the responsibilities of determining the level of compliance with monetization of the Enugu Government property and identifying the state government landed property in and out of the state.

Inaugurating the committee, Ugwuanyi, who was represented by the Secretary to the Government, Simon Ortuanya, said: “Consequent upon the creation of Enugu State from the then Anambra State on August 27, 1991 and the exit of part of Ebonyi State from Enugu State on October 1, 1996, assets-sharing between Enugu and Ebonyi states took place.”

The governor said some of the government property, which may be found in the state or other parts of the country, have been monetized, stressing the need to identify and determine the status of the property owned by the state.

“This will aid government to know the exact number of property it owns, status of these property, proprietary and possessory rights of occupants to these property and the necessary actions to be taken by the state,” he said.