Uzodimma’s achievements ’ve shocked even opposition after one year –Emelumba 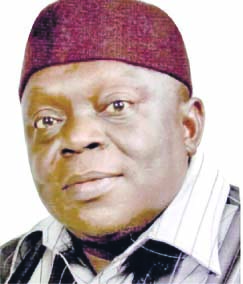 Commissioner for Information in Imo State, Declan Emelumba has said Governor Hope Uzodimma’s achievements have shocked even members of the opposition in the state. In this interview, he spoke on various issues.

The governor has done one year and there was one joke about Uzodimma, which if translated means, the ‘road is good’ but that there are still bad roads in Imo State. But seriously speaking, the question is, are the roads good now under Governor Uzodimma?
That joke was not misplaced. The only thing is that the person who cracked the joke did not have a historical perspective of what we inherited and what we have done. When we took over one year ago, the roads were very horrible. All the roads in Owerri were not passable and the governor promised that once the dry season sets in he would start fixing them. The people were patient because it was during the raining season. All the roads were bad. If you visited Owerri that time and visit Owerri now you would see the remarkable difference. All the roads in Owerri metropolis have been fixed they are all good now and Uzo adigo mma (the roads are good) in Imo State now.
We are flagging our one year in office celebration next week, that’s official celebration and we are going to commission not less than 15 roads to mark the one year in office in addition to seven other roads commissioned within seven months in office.
The roads include Douglas Road, Wetheral road, Akachi Road, Relief Market Road and Government House Bank Road among others.
Now these are just some of the roads but there is something the governor has done that is not just fixing these roads. The government has shown visionary leadership. Most of the roads that are going to be commissioned are roads that had been neglected over the years. We have the Relief Market Road, for instance. This is a major market in Owerri and it has been in a very sorry state for more than three years so much that flood covered the road. People living along the street had to pack out because the road was bad and not accessible. The road has been have fixed now.
We also have the Chukuma Nwaoha Road and Lake Nwaebere Road. These are roads that nobody touched for decades. If you come to Owerri now you would see that these roads are looking like roads you can find abroad. These are major strategic roads in Owerri.
Owerri used to be flooded every rainy season. Now, the government has constructed a very mighty drainage that goes round the city down and ensures that during the rains, you can’t find any flood.
Now, Douglas Road, for instance, was abandoned for so many years. Douglas Road has a history. It was named after the first District Officer of Owerri District, Sir H.N Douglas. And for Owerri people, there was a time that was the only road in Owerri, and later on Wetheral Road. They were named after the colonial masters, so Owerri people are passionate about the road.
The previous administration neglected the road and at a stage became a dumpsite and den of robbers and so on. But today Douglas Road has not only been fixed, it has been dualised; it is like a dream come true, something that nobody can believe.
So, what the governor has concentrated in doing is looking at those roads in particular that are important to the people, and had been neglected over the years. There is also the Nekede-Ihiagwa Road that passes through the Federal Polytechnic and Federal University of Technology, Owerri. That road is a strategic road passing through two higher institutions. The day we went to inspect the road, it is one of the roads that we commissioned, there was a woman who was so full of joy that she was dancing and praying for the governor, saying‘even if this is the only thing you do for Owerri, you have tried’ because nobody had thought about that road since this democracy started in 1999.
We have also done roads linking the rural areas to the local government headquarters. So, in terms of road infrastructure, the government has done extremely well and you know that the greatest master strategy he has come up with is dualizing and tarring the Owerri-Orlu Road, which all previous administrations had spent billions, yet it was never done. A lot of people had given up on the road. The road is regarded by the people of Imo as a curse.
But now, we brought a German company that is a world class. It is doing a great job there using modern technology. They said they are not building those roads for maintenance, that when they finish, you don’t need to maintain the roads in the next 20 years including the drainage. It is the same with the Owerri-Okigwe Road.
Both roads, Orlu and Okigwe are seriously the major vision of the governor. I can tell you that in terms of road infrastructure, the governor has done very well.
In fact, the opposition is shocked and embarrassed by the level of achievements because they can’t understand how he is doing it.

What about the Orlu Road, how far have you gone?
They are working on the road! They started at Banana junction and now they are going far.

Is it only roads that the government of Uzodimma has done, what about education, healthcare and other sectors?
One of the major achievements of the governor is the activation of Otamiri water scheme. For more than 15 years, there is no public water in Owerri, the state capital. Previous administration did worst. It was so bad that the Otamiri water reservoir was at the verge of being used as fish pond by the then government.
Today, water is running in many parts of Owerri now. But not in all parts of Owerri because after many years of neglect, so many things went bad. But at least a sizeable chunk has started getting public water supply. With reticulation and replacement of burst and rust pipes, within a short time all parts of Owerri metropolis will get water.
The Adapalm, which was neglected for more than 20 years, has been reactivated. Today Adapalm is working, producing 100,000 tons of palm oil daily. The 600 staff who were laid off because of redundancy have been recalled and the oil mill will soon diversify into other chains that will get their raw materials from palm oil.
We are also going to commission many classroom blocks with VIP toilets. We are doing solar-powered boreholes in Okwele, Okigwe. Across the 305 wards of the state, we have constructed solar-powered boreholes in 20 per cent of the communities in one year.
We are also commissioning health centres in different wards. We are also commissioning the Umuaka Health Centre, another health centre at Ngor Okpala, another one in Obiaku, Ohaji Egbema. We are also commissioning two market blocks at Amaofuo in Oru West. It is a harvest of projects.

Workers have protested, pensioners also protested over unpaid salaries and pensions…
The government is not owing any legitimate worker or pensioner. Everyone who has been validated has been paid except only few people who refused to comply with the government directives on the payroll system that has been automated. Part of the requirements is that one must have a valid BVN that is linked to your bank, employment history must not be ambiguous, and then you must have a letter of employment. So, some of them when they brought their BVN, it showed that they were receiving double and multiple salaries. Many in this category have not been validated and they are the ones that will shout loudest. When National leaders of the NLC came, we showed them all the documents, and documents of workers who refused to come forward. At the end, they were satisfied. The local leader was ashamed over the outcome because he was being used by the opposition party.
Those who feel that Governor Uzodimma stopped the elongation of a family dynasty in Imo State have never forgiven him for that. So they are not happy with the government despite concrete evidence of achievements.
We have published all verified paid workers in Imo State. The total workforce is 42,000, we have paid 41,000 that have been verified. Total number of pensioners in Imo is 22,000 and we have paid 21,000 plus. Some of the Imo workers who cannot prove they are Imo State workers are the ones we did not pay. These are people who make noise. Most of the people who protest are not pensioners.

What about security challenge, what is the government doing to check insecurity?
To be honest with you, the opposition should be held responsible for what happened in Orlu. They were finding a way to discredit the government with misinformation on the social media. The good news is that security has been restored in Orlu. Curfew has been lifted in the affected local government areas

The APC in Imo State has big people but it is obvious they are not working together with the governor. Do you want to reconcile them or carry on like they don’t matter?
Everybody matters but one can take a horse to the river but one can’t force the horse to drink. But I can tell you that most of the leaders are back. Only a few have not come.

Governor Uzodimma said he would be another Sam Mbakwe in Imo. What is he doing to enjoy that status?
He has revived Otamiri water works, Adapalm. The Otamiri water was functional during Mbakwe period and that was the end. It has been revived now. He is building quality roads and drainage that are strategic. He has no craving for estates unlike a former governor that almost acquired Imo for himself, family and cronies.