Way of a man with a maid 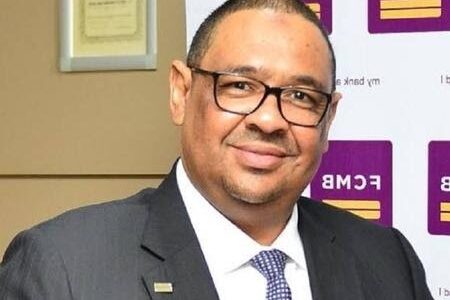 LAST week, Mr Adam Nuru, Managing Director of First City Monument Bank (FCMB), offered to proceed on leave while the board conducted an investigation into the allegation of his sexual involvement with a former employee of the bank. While the allegation has yet to be confirmed, the issue has brought to the fore the dominance of men by women despite the claim of being the weaker of the two genders.

Down the ages, otherwise great men had traded away their illustriousness to indiscretion with members of the opposite sex. Men who had won great battles, men who had accomplished mind-boggling feats and men who had trodden the earth like colossus had been turned to witless, incoherent toys by seemingly inconsequential women.

Dominique Strauss-Kahn, former Managing Director of the International Monetary Fund (IMF), made his family a laughing stock, brought to an abrupt end his reign as the IMF boss and blew up his chances of becoming president of France for allegedly attempting to get in between the thighs of an unwilling hotel maid. Strauss-Kahn’s alleged indiscretion brought him down from the company of the world’s adored into the midst of the world’s abhorred despite his accomplishments as IMF MD. The former IMF boss had used the European debt crisis to carve a new role for the organisation. Through his adroitness, IMF was able to move away from its past as a conservative policy task master to become an investment bank of multilateral institutions to the applause of many.

Then when the ovation had reached a crescendo, the beast in him surfaced.

Bill Clinton was the first president of the United States of America born after World War II and the first democrat after Franklin D. Roosevelt to be elected to a second term. He was also the first elected president to be impeached, over his lies about an affair with a White House intern in her 20s. Imagine an intern reducing a president to a liar. Clinton’s outstanding achievement as the one ‘who presided over one of the greatest surges in prosperity and innovation in American history, and who helped make the transition from the standoff of the cold war to an era in which American influence was unchallenged’ is eternally tainted by the Monica Lewinsky saga.

Mike Tyson’s journey to infamy started with his dopey desire for Desiree Washington, which led to rape and his subsequent conviction. Iron Mike Tyson, who could have any woman jump on his bed at a whisper, had to go to jail for three years for raping an 18-year old. Since that incident in 1991, the fortune of the former heavy weight champion has been on the downswing. Indiscretion has consigned him to the wrong side of history.

Nigeria’s most feared head of state, the one that was a dread to Army Generals and the nightmare of those who had a reputation for fearlessness, was overpowered, after a night of romping, by young girls whose only weapons were apples. The apple-wielding girls, more than anyone else, liberated the nation from the late General’s shackles. The General’s insatiable lust for women made mincemeat of him.

Nigerians were flabbergasted in 2013 when a traditional ruler, the custodian of the culture and values of his people, stood trial in a senior magistrate court for an alleged rape of a 23-year old member of the National Youth Service Corps (NYSC). The Oba, Adebukola Alli, Alowa of Ilowa-Ijesa, in Obokun Local Government Area of Osun State, was said to have tricked the corper into his palace and forcefully had carnal knowledge of her.

Once when the Oba appeared in court, in company with one of his wives, the magistrate had to order him to remove his cap, a euphemism for his being stripped of all honour. Imagine an Oba being taken to court for forcing himself on a woman when he could have had any woman he wanted for the asking!

What is it with woman that she brings out the animal in man? Why is it that despite innumerable examples, men are still fiddled by women? Why is it that for many men, their senses go on vacation where issues of women are concerned? Psychologists are still at their wits’ end trying to unravel the mystery.

King Solomon with all his famed wisdom admitted that to him, the chemistry between man and woman was a mystery. He writes in the Bible,  “There be three things which are too wonderful for me, yea, four which I know not: the way of an eagle in the air; the way of a serpent upon a rock; the way of a ship in the midst of the sea; and the way of a man with a maid.”

While it may be true that the root of women’s hold on men is still shrouded in mystery, one thing that will keep a man from the temptress is discretion. Imagine that Strauss-Kahn had exercised discretion in dealing with the maid, or the MD with the former banker, their narratives would have been different.

When a man thinks he needs a woman more than anything on earth, at that moment, she is the last thing he needs. That is discretion.

0 comments on “Way of a man with a maid”