Why Igbo made is best of African enterprise 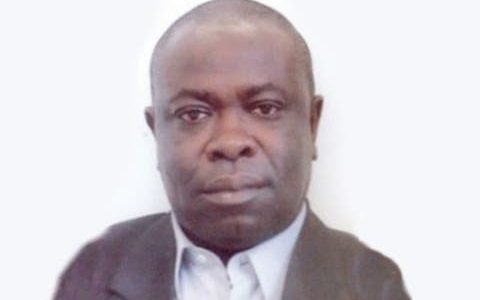 I was with a group of businessmen friends of mine in a busy high street the other day, and witnessed several battery-powered, hand-held, rolling plastic ‘fan’ people were dangling across their faces and sweaty necks in a valiant but ultimately futile effort to cool off under the blazing sun. I looked in bemusement, wondering aloud about the arrival of another ‘must have’ little gizmo, made of course, in China. These (Chinese) people are at it again; look at the latest import. I muttered with an air of irritation to my friends, who all seemed totally unperturbed. “What is your complaint again, Mr. Nigeria”? One of them (an uppity Igbo man), asked ruefully. “That product is actually made in Aba, here at home”, he continued in his usual bombastic delivery. “It is only credited to China to boost its sale”, he further said, provoking a mirth of shrieks from everyone else.

I was deeply saddened by the hair-raising canard dropped ostensibly for a cheap laugh at the Igbo’s ingenuity. I shook my head in disbelief, and kept my own counsel. Saddened because such products and even better others are indeed being made locally at Aba, Owerri, Onitsha etc, for export not only to the rest of Nigeria, but also to Yaoundé, Cotonou, Ouagadougou, Abidjan, Accra etc, as cheaper options for the common man. The irony, truly, is that those products are regularly passed off with the tag: “Made in England, Italy, Germany, Taiwan, Singapore, etc”. The creativity and genius of the African entrepreneur is often subsumed by the continent’s incessant taste and love for foreign imports.

Igbo made” has become so maligned in this country, Nigeria, that even the Igbo themselves run away from it to avoid being ‘dragged down’ by association. Alaba (in Lagos) was the hub of the market largely dominated by the Igbo in the 1970s/80s. It is (still) the most viable, buzzling market environment for trade in imported (usually cheap) products. It is where the products were ‘scanned’ if need be, for reproduction into “Igbo made”. Life has since moved on from counterfeit reproduction of foreign products though. “Igbo made” has metamorphosed into an original design conceived and manufactured locally. This not only covers machinery and electrical products, it also covers medicine, agriculture and a host of other manufacturing equipment. A large chunk of small-scale enterprises across the continent of Africa have their “Igbo made” products to thank for their continuing existence, but little do they realise this. The labels on the products are decidedly foreign.  “Igbo made” products cannot be acknowledged as such because there is apparently no market for it. This portends ominous consequences for intra-African trade.

When the African Continental Free Trade Area came into force in May 2019, Nigeria was quite rightly reluctant to sign up initially for fear of having the largest market on the continent flooded with cheap foreign goods coming across via other African countries, many of whom are dependent on foreign imports for up to 95% of their domestic consumption. Free trade across the continent would simply become a conduit for a deeper penetration of foreign goods into the African market. The supreme irony, of course, is that goods being produced by Nigerian entrepreneurs are also being disguised as ‘foreign’ in order to boost sale. They are so disguised because our own people are reluctant to see anything good coming out of an “Igbo made” product. How many times have you been to a chemist and saw a medication being cheerfully described to you as India, Singapore, Taiwan or Malaysia product? Who would ever openly admit to you that their product brand is Onitsha or Aba? Often times, I will cheekily say to them: As a matter of fact, I wish you would have “Igbo made” because I think it is more reliable than all the other countries you just mentioned. You should see how they roll their eyes and bite their tongue in agony followed by a thinly veiled smug on their face indicating ‘we are better than that, sir’.

The sad thing is “Igbo made” has become a euphemism for everything that is locally made in Nigeria. It stands for sub-standard, and inferior. How the hell are we then going to take advantage of the continental free flow of trade when our entrepreneurs are compelled to label their products ‘foreign’ in order to have a little slice of the consumer market? In the same breath, we argue vehemently for protection against foreign import?

The problem stems from a lack of leadership by example. On the one hand, we hesitated from joining the continental trade effort for fear of foreign import, but on the other hand, not a single item of decoration in the seat of any government in this country is adorned with locally made products. Suit and tie remain the choice dress for the elite rather than locally made fabric. Brazilian hair is imported in their millions in preference to traditional African braid for our women. Why? Because our cultural space is overwhelmed by foreign consumer preferences. Also, because African women are still largely judged by European standards of beauty. Bridal gowns are still in flowing white despite them having no roots in African culture, the list goes on. The “Igbo made” products are dotted all over trading venues across Africa. People buy them because they know they are good as long as their true origins are concealed. It is high time, therefore, that the “Igbo made” label was reclaimed and turned into a winner. Let us turn the table on those looking down on it, and transform it into Nigeria’s (by extension Africa’s) most versatile commercial ingenuity. Chinese products used to be seen in the same light by Western consumers as inferior. We, in Africa, bought into that sense for a while. “Techno”, for instance, used to be seen as an inferior Chinese-made. However, backed by an aggressive commercial and state guarantees, it has now acquired a reputation for cutting edge technology that rivals similar products from advanced countries. India has done the same in the field of vehicle manufacturing and generic medicine.

It is time we celebrated the best in us as Nigerians. Although, let us face it, the “Igbo made” resonates with a particular dislike of the ethnic Igbo in some quarters in this country as well. They see an underlying Igbo “tendency” to “dominate” others and why that must be put in check. This is a fallacy, of course. It is a relic of the Biafra secessionist mind-set that ended over 50 years ago. As a corporate lawyer, I once represented an Igbo client in a case from his base in Abidjan, Ivory Coast. He had migrated to the country with barely enough money in his pocket to see him through one month. Within three years of arriving in a provincial part of the country, he had started his own transport business, and grown that into one of the largest in Ivory Coast within a space of 10 years. I was also amazed at his command of the French language, which he picked up without attending any lessons.  Such is the zeal, resilience and (dare I say) genetic disposition of the Igbo. The massive worldwide drop in economic growth due to the coronavirus pandemic creates a special challenge for the teeming Nigerian population. Our economic revival is not in the hands of government, but in the hands of our own homegrown entrepreneurs whether they happen to be Igbo, Hausa, Yoruba, Efik, Urhobo or any others. “Igbo made” ought to be a mark of distinction, and not one of derision that it currently is.

0 comments on “Why Igbo made is best of African enterprise”