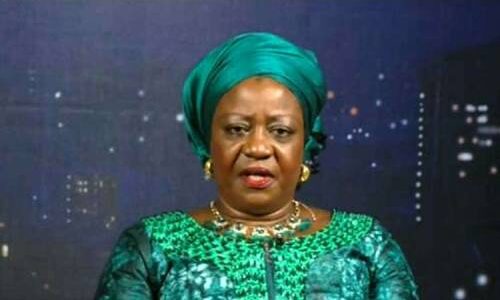 A coalition of Civil Society Organisations has told President Muhammadu Buhari to withdraw the nomination of Lauretta Onochie as a national commissioner for the Independent National Electoral Commission (INEC).

The coalition said Onochie’s nomination doesn’t sit well in the recent gains of the electoral system in the country.

The CSOs in a press briefing addressed by the Convener, Say No Campaign Nigeria, Ezenwa Nwagwu, said they would adopt legal action to ensure Onochie was not confirmed by the Senate.

“As civil society actors and veterans in election observation in the country and having contributed to the electoral gains in Nigeria, we condemn this nomination and affirm that this will erode the gains we have made in our electoral reforms and cast aspersions on the sincerity of the President in ensuring a reformed electoral process in the country.

“We appeal on Mr President to reconsider this nomination as it does not serve the nation any good.

“We appeal and call on the President to withdraw this nomination with immediate effect and or in the alternative the civil society will take legal actions to ensure that this nomination is not confirmed by the Senate of the Federal Republic.”