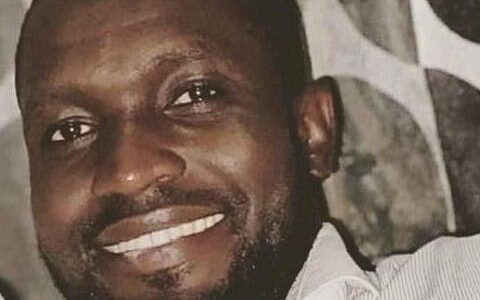 A Physiotherapist, Abubakar Atiku was stabbed to death by phone thieves in Kano on Thursday night and has been reportedly buried, in Ringim local government, Jigawa State in accordance with Islamic rites.

The deceased’s brother, Dr Idris Tijjani Shuaibu, while narrating how his brother met his untimely death, disclosed on Friday, that “the late Physiotherapist who recently graduated from School of Nursing, Birnin Kudu and yet to start practice was attacked close to the first gate, red bricks, along Gwarzo Road, Gwale local government area, Kano, around 10.00 pm on Thursday night where he went to see a friend.”

Dr.Shuaibu, who is presently undergoing his post-graduate program at Aminu Kano Teaching Hospital added that “based on the information gathered, unfortunately, when he arrived his friend’s house, he was not around and he had to phone him to know his whereabouts to find out.

Unknown to him, that he was been trailed by phone thieves, the deceased was subsequently attacked and he raised the alarm that led to the neighbours rushing to the scene, saw two of the attackers speed off on a motorcycle while the deceased was in a pool of blood.

Dr Idris Tijjani Shuaibu, however, stated that his brother was immediately rushed to Murtala Muhammed Specialists Hospital where he died.

As of the time of filing this report, the police are yet to comment on the issue.

0 comments on “Abubakar Atiku stabbed to death by phone thieves, buried amid tears”