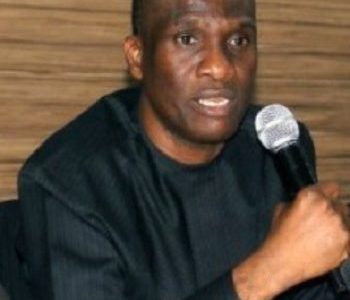 The Chairman and Chief Executive Officer of Folio Communications Limited, Mr Fidelis Anosike, has announced his resignation from the Company’s board while unveiling the new board members of the company.

Folio Communications Limited is a conglomerate founded by Anosike at the young age of 24 after graduating from the University of Benin, where he studied Creative Arts.

Speaking on the development, he said, “I’m proud to announce my stepping down as the Chairman and CEO of Folio Communications Limited, a company I founded straight out of University of Benin at 24. We have nurtured this company to acquire @DailyTimesNGR, @MissNigeriaNG, @1stOctober @folionigeria @timesmultimedia @cax. I am very proud of what we were able to achieve which should be an inspiration for our young people,” he added.

Sharing his personal life on how he lost his father who was a junior police officer with the Nigerian Police Force at a young age, Anosike further advised young people to be hardworking, resilient and believe that nothing can stop them from achieving their goals, adding that, “Once you believe you are a Nigerian, nothing can stop you. My dad who was a junior police officer passed at 52, leaving my uneducated mother to labour to train five boys and three girls, who are now grown up men and women.”

Also on the board is Mr Aliu Akoshile who assumed leadership of the executive management of Folio Communications as Managing Director/Editor-in-Chief, since May 2019

“The new board, I believe, will achieve our vision of Folio Communications becoming the most valuable and impactful media company in Nigeria. I thank my numerous pillars and adversaries for this opportunity and almighty God for the grace given me,” he said.

0 comments on “Anosike steps down as Folio Communications chairman”