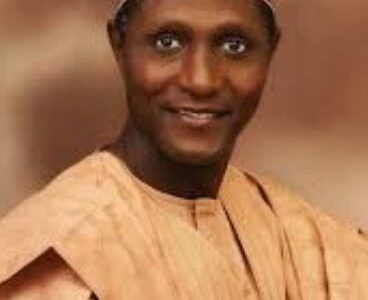 A newly-turbaned Katsina traditional title holder and brother to the late President Umaru Musa Yar’adua, retired Colonel Abdullaziz Yar’adua, has pledged to use his position, resources and influence to assist Katsina State Government to tackle banditry and other crimes.

Yar’Adua, who was among seven eminent people who were turbaned at the weekend, made the pledge after his conferment with the title of ‘’Mutawallen Katsina’’.

He said: “The current insecurity confronting the state should not be left in the hands of the government alone. It requires the support of all and sundry.  I promise to lead the rally for support.’’

The Mutawallen Katsina pledged to use his title to advise the emir and the governor to boost security.

The turbaning, held on the premises of the emir’s palace, attracted a large gathering of personalities from across the country, including Katsina State Governor Aminu Bello Masari, ex-governor Ibrahim Shehu Shema,  House of Representatives Speaker Femi Gbajabiamila, Bauchi State Governor Bala Muhammad, Minister of Aviation Senator Hadi Sirika, among others.

The Katsina monarch, Alhaji Abdulmuminu Kabir Usman, advised traditional title holders to use their positions to assist governments towards solving insecurity and other problems.

The emir told the crowd that the turbaning was based on individual’s commitments in serving the humanity.

Yar’adua later mounted horse and rode in company with others to the Kofar Soro gate.